Have you ever doubted the resilience of a human spirit? Settle your doubts in this book.

Mamer Dau Thuch has written two books; this is his second book, and the other is The Shadows of Wrath: Life Trials. Mamer came to Australia with his dearest Mother in 2008, having lived in Kakuma, as a refugee. In a dark turn of events, he was involved in a fight, a fight that led him to prison, cancellation of his permanent residency visa, and finally to detention centre, facing deportation.

The book, Indefinite Cruelty Caged Animals— A Cry for Justice, is an impressive and comprehensive chronicle of his life. He took a considerable time, energy and patience to write his stories in brilliant clarity. From the time of his first exodus in 1991, his journey to Kakuma Refugee Camp, his time in the camp with ups and downs of a refugee’s life, his elementary and secondary education to his journey to Australia, Mamer held nothing back!

The above title (The Twisted Truths), the commentary on his book, is inspired by how he exposed—in his book—the dark sides of Australian laws and politicians. Below is my commentaries, categorised in (MY) WISHES and STRENGTHS.

I wished the editor would have advised the author to consider these minor mistakes. While perusing through his book, I came across the followings. Don’t forget that we all have different tastes. You could see them in different lights, different from how I see them.

It was beautiful when the author defined the Kiswahili; I believe if the author could have done the same justice to the following words (Arabic words): Hilla-Tawara (page 18), and Kor-Machi,Hila-Mataar(page 22) for the sake of Non-Sudanese readers. The book is in the international market on mega sites such as Amazon so translations of non-English words are crucial.

Secondly, somewhere in the book, “The soldier was one of the rebels”, should have been stated as one of the SPLA soldiers to avoid confusion, because by that time(1991) the SPLA had split. In the same paragraph, “sent to or returned from war” should have been sent to or returned from the frontline, because already the war had become the general description of liberation uprising in Sudan so all (civilians and soldiers) was in war.

Thirdly, “Key-based” should be Key-Base(page 38) as “…FEARD” that refugees in Loki could smuggle guns into Kenya…(page 42).” should be “FEARED”.

Finally, those involved in Rwandan genocide were Hutu and Tutsi, not “Trustees and Utus “(page 61). And so do the Kenyan military police. It’s GSU( General Service Unit), not ‘JSU’ (page 112) and “Gezirai”, is Githurai — a suburb next to Zimmerman in Nairobi (160).

Prominent names and names of places, especially those with famous or infamous stories that have been documented and talked about million times must be double checked for their correct spellings.

Mamer, in his book, poured his heart out for the unaccompanied minors when he first met them in Kapoeta. Talking of their ( Jesh el Hamar’s) lives was powerful, his kind of storytelling is brilliantly grounded in his diction. Their struggles, their resilience, and their determination to survive and thrive in the harshest situations were well articulated by the author.

With meticulous details, the author proposed relocation of Machuor’s remains and tomb to South Sudan. He expressed his opinions about this so well in the book. This is a reflection of a progressive thinking and valuing of those who have contributed much, including their lifespans. Buried in Langatta, [Nairobi], with an epitaph: “Macuor of the Dinka”(page 65), Archibald remains a saint in the hearts and minds of the Episcopalians of South Sudan. Macuor, his Dinka name, was known as Archibald Shaw in his native country, England. He was the first missionary who sailed to Malek, South Sudan, and established Episcopal church.

The author immersed himself in lots of death-defying situations so he galvanised himself from the eternal fear of death by adopting some mantra. This becomes one of his last resorts. “So be it”… It’s my principle that sometimes I take the possibility of death as an easy option because I know that death will mean resting and not feeling pain anymore “.(146).

Regardless of roughest roads the author has traveled, he never ceased acknowledging those whose help was instrumental in each step he took in his life( journey). So, gratefulness or sincere gratitude that streamed throughout the book is something that readers should note as a theme by its own right. For example, “… my token of gratitude…” Sentences of this kind and manner have been threads woven in the fabric of his book.

What readers, whether they reside here in Australia, or in other faraway countries, must be prepared for, are horrors done to inmates inside high walls and dark corners of the prisons. Australia is one of successful and richest countries on earth; it portrays Herself as a keen observer of the Human Rights.

However, when words on papers ( policies aligning Australia with UN charters) are measured up with treatments of brown and black people behind bars, they failed miserably. Thus, The Twisted Truths In Australian Prisons And Detention Centres become apparent.

For example, jail stories in the book such as that of Mr . Hyena and the bread incident (page 184) and many other stories in book could have been easily mistaken as coming out of some dictatorial countries such as North Korea. These stories are typical examples of the institutionalised corruption. It’s reported in the book that nurses don’t observe ethnics of professionalism, and correctional officers physically assaulted inmates to points of breaking inmates’ bones or teeth, and other fatal injuries.

Stories concerning his worries came out of him with ease and beautifully without forgetting his theme of gratitude.

As you draw to the back cover, the author challenged the crooked policies assembled by politicians who regurgitate the racists’ reactions to seeing difference faces in Australia. He exposed the Immigration department —Home Affairs and Border Protection. For example, sentences such as this: “…they drinking my blood for their own good.” are so powerful.

With these commentaries, I urge you to grab a copy on Amazon to read some unbelievable stories in the book:

I’m Mamer Dau Thuch, the author of The Shadows of Wrath-Life Trials. I was born in South Sudan, a country known both for its extensive resources and its dangerous civil wars. Poor leadership has led to widespread fear in South Sudan. Civil wars have killed millions since 1983 and have forced millions more to ﬂee to neighbouring countries. Many more people have taken refuge in Europe, the United States, Canada, New Zealand, Australia, and other countries across the globe. In 1991, I myself faced death in South Sudan. Conﬂict always made my life and safety uncertain, and I was exposed to the horrors of war at a young age. In 1991, the genocide struck the citizen of Bor, perpetrated by the Nassir faction. I was almost killed, and when I survived, I was left with nothing but my memories. I ﬂed to Ngalngala in Central Equatoria State, thinking that the war would eventually cease and that I would return to my village. But safety did not come, and I never saw my village again. I would be a refugee for the rest of my life. I do not believe that peace will prevail in my country in my lifetime, and I know that others who share similar journeys to my own feel the same way. I am haunted by the horrors of Bor’s genocide and by the trauma of the civil wars in my village and which I also faced in my country. The atrocities I witnessed in South Sudan helped me to understand the world and gave me my story to tell. My hope in telling the story of my life’s trials is that, should I live to marry and have children, they will read about my experiences and understand the history of South Sudan. I hope that my future family and my readers will learn what it means to be a refugee and what it takes to settle in a country so far from home. 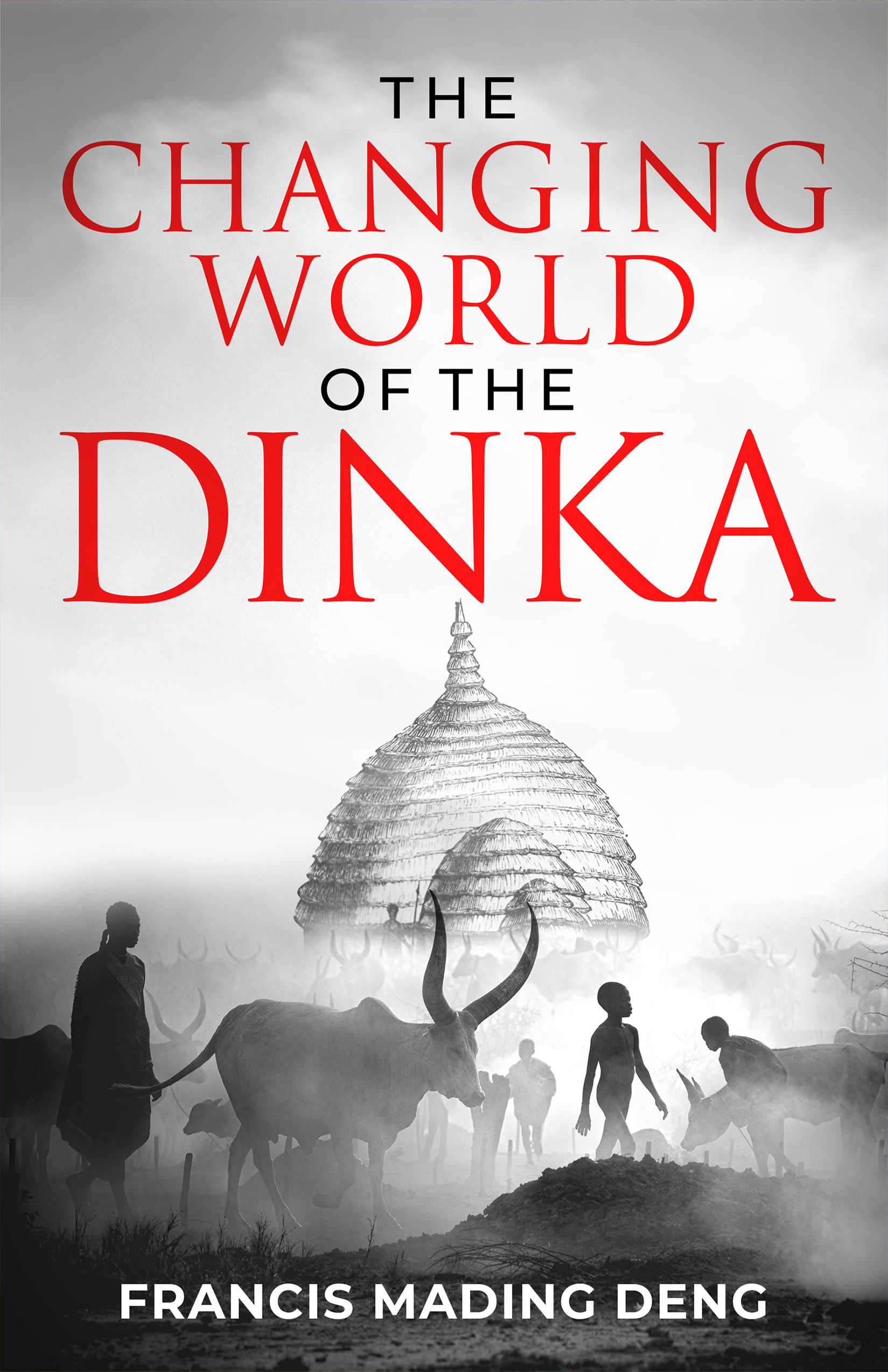 The Changing World of the Dinka By Dr Francis Mading Deng 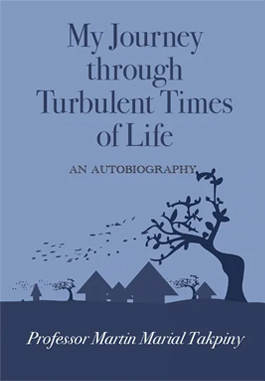 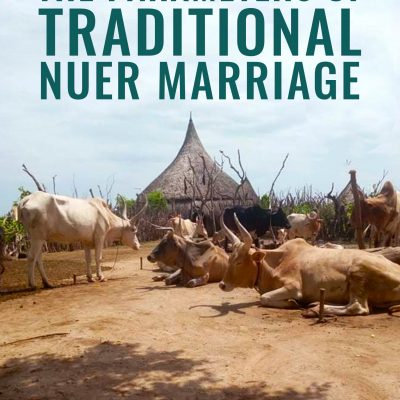 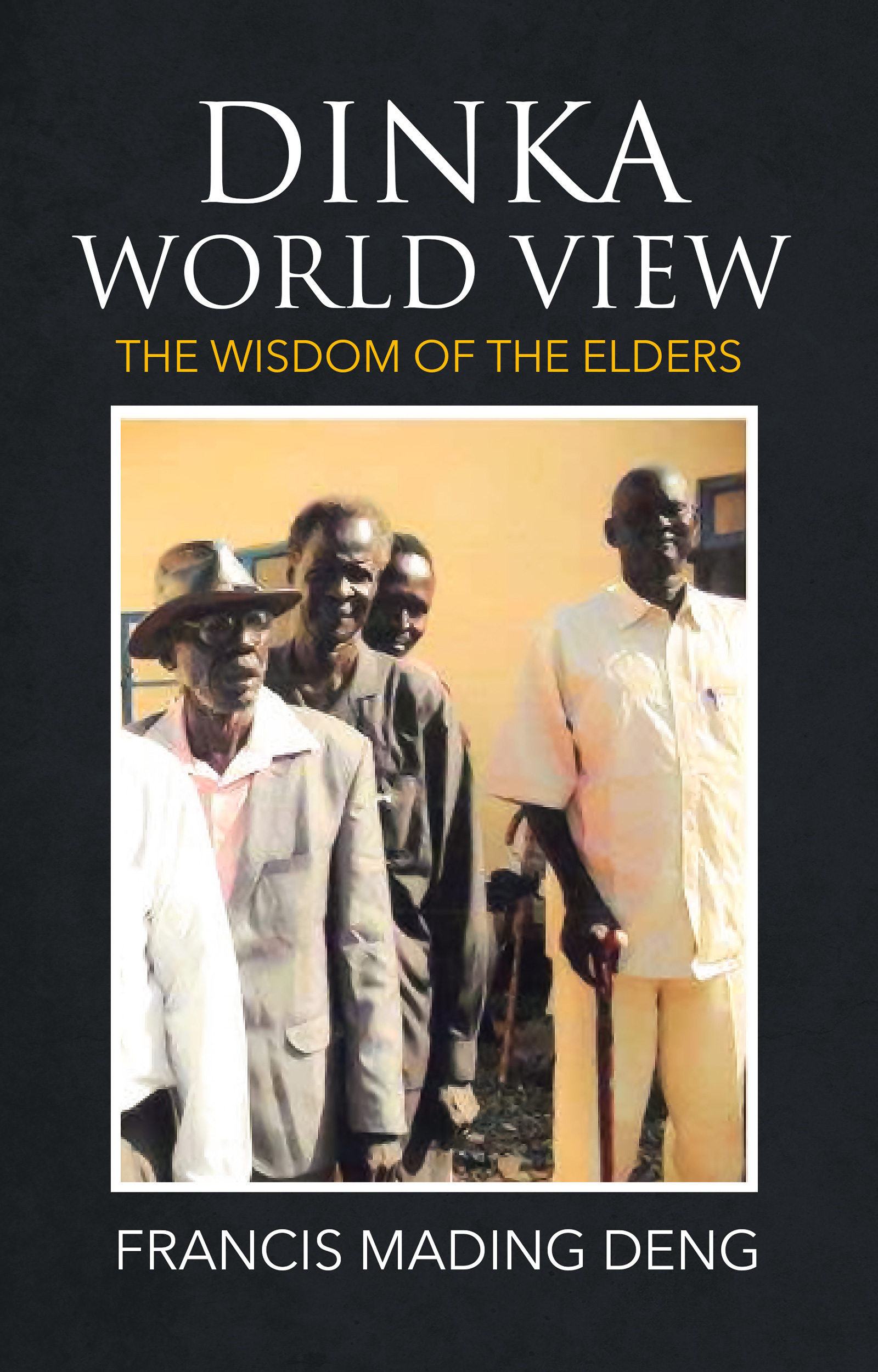 Dinka World View: The Wisdom of the Elders by Dr Francis Deng